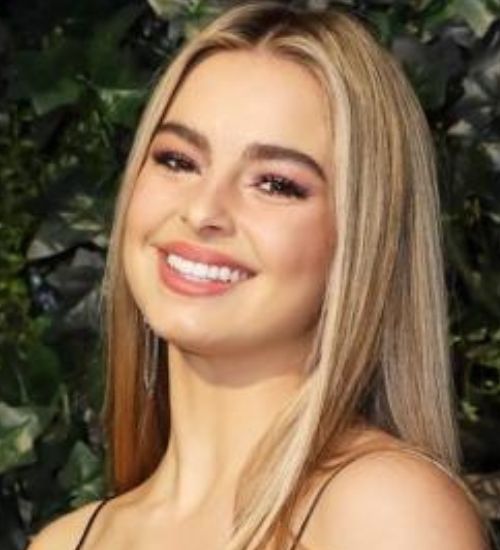 How old is Addison Rae? Addison Rae was born on 6 October 2000, and as of now(2022), she is 22 years, 2 months, 1 days old. She is a famous American actress, Tiktoker, dancer, pop singer, and social media personality. She has a massive fan following on her social media accounts. She has 88.7 million followers on her Tiktok account, making her the fourth most followed person on Tiktok. She is famous for her eye-capturing dance moves.

The early life of Addison Rae

Addison Rae has been active in co-curricular activities since childhood and was more attracted to them than studying. She had loved dance since a very young age and started dancing when she was only 6 years old. She started participating in dance competitions across the USA at a tender age. She was a cheerleader and gymnast and had a slim and fit body during high school. She has had a short and impactful career and gained a massive fan following in a very short period.

The career of Addison Rae

When Addison Rae was pursuing her study of Sports Broadcasting at Louisiana State University, it was the time when she started uploading her dancing videos on Tiktok. At that time, she had no idea how things worked and uploaded videos just for fun. When her videos started getting viral and had millions of views and likes, she started focusing more seriously on them. Her followers were increasing at a crazy speed, and she got millions of followers in a brief period. When her popularity peaked, Addison focused more on her career as a social media celebrity. She became active on different social media platforms like Twitter and Instagram. She also created her Youtube channel, which currently has over 4.7 million subscribers. Managing such a busy schedule-packed timetable along with her study was arduous, so she decided to drop out of Louisiana State University.

After becoming famous she became the center of conversation on every social media page and it was because of her popularity that she was invited to join The Hype House as a foundational member in 2019. Hype House is a Tiktok collaborative group based in Los Angeles.

Addison’s popularity attracted popular brands like American Eagle, Reebok, and Hollister for advertising. American Eagle did their first-ever virtual shoot in her bedroom because of the pandemic.

In 2020 Addison and her mother collaborated to release a weekly podcast available exclusively on Spotify. They named it “Mama Knows Best,” where they covered different topics from personal to professional lives.

Addison Rae made her acting debut in 2021 by starring in ‘He’s All That.’ The movie became the most streamed film of the week after its release. Later Addison announced her new project in a new film Fashionista in its production stage.

Addison Rae currently has over 88.7 million followers on her TikTok account, making her the fourth most followed person on Tiktok. Her Instagram account has more than 40 million followers, and her Twitter account has around 5 million followers. She also has a Youtube account where she has 4.7 million subscribers. With such a massive fan following, she is a very influential personality and has her presence on every social media platform.

Addison Rae’s mother’s name is Sheryl Easterling, and her father’s name is Monty Lopez. Her parents are also social media personalities like her and have a presence on different social media platforms. Addison has two brothers named Enzo Lopez and Lucas Lopez. They are both social media influencers and have Tiktok accounts where they upload videos together. Rae’s parents have had a very fragile relationship; they first married, divorced later, and then married again in 2017, but separated again. Her mother started dating Young Gravy, a 26-year-old Milf lover, in 2021, which made her furious and broke her relationship with her mother. But the relationship between her mother and Young Gravy was ephemeral, and they soon separated.

Addison is currently unmarried and dating her boyfriend, Omer Fedi, an award-winning songwriter, Producer, and Guitarist from Israel. Her ex-boyfriend’s name is Bryce Hall. He is also a social media influencer. They both shared a powerful bond, and Addison was quite open about her relationship with Hall as she uploaded a video about her relationship on her Youtube channel. They recently broke up because of some personal reasons.

The estimated net worth of Addison Rae as of 2022 is somewhere around $16 million. She has over 88 million followers on her Tiktok account and has an enormous fan following, and earns massive amounts of money from advertisements, promotions, and brand endorsement. She is also an actor and works in movies which is her other source of income. She also has a Youtube account with over 4.5 million subscribers and earns from her viewership and Youtube ads. She also owns a cosmetic brand which she started recently. She also holds merchandise where she sells different wearable items, making it another income source.